For all you fellow holiday movie lovers out there, it’s our time. There’s no need for excuses as to why we’re watching our favorite seasonal films on repeat — it’s because we can. But if you’re looking to step up your holiday movie game this year, there is a way to make it even better. You loved our list of fall classic movies to pair with Piroulines; now we created a list of holiday classics we think will do the same

It’s the year 1903 in St. Louis, Missouri. The well-off Smith family has four beautiful daughters, including Esther (Judy Garland) and little Tootie (Margaret O’Brien). 17-year old Esther has fallen in love with the boy next door but is shocked to learn her father will be transferred to New York after the holidays. That means this will be the last Christmas in their beloved hometown. On a snowy winter night, little Tootie cries to Esther about their impending move, leading to a classic Christmas scene — Judy Garland’s original performance of “Have Yourself a Merry Little Christmas.”

Pairing: Keep yourself warm during this enchanting winter scene with our Caramel Hot Cocoa Dunkers. Pair them with a glass of hot chocolate and you have a true classic in your hands. 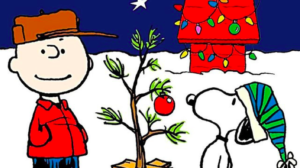 It’s Christmastime and Charlie Brown knows he should be happy; but he’s not. When Lucy suggests he direct the Christmas play, Charlie Brown hopes to find the true meaning of Christmas in the process. It’s his famous sickly tree with the red ornament that causes an uproar among his peers at first. But in the end, that little tree teaches them all a big lesson. It’s not about the gift itself, it’s about the thought behind it.

It’s Christmas time, and the McCallister family is preparing to head to Paris for the holidays. After almost missing their flight, the family accidentally leaves eight-year-old Kevin (Macaulay Culkin)  behind. While the McCallisters try to get back to Chicago for Christmas, Kevin is forced to take care of himself. He eventually has to protect his home from a pair of burglars, leading to a hilarious showdown between Kevin and the two bumbling crooks. 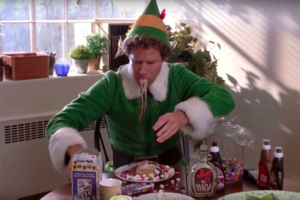 Buddy (Will Ferrell) was a baby in an orphanage who stowed away in Santa’s sack and ended up at the North Pole. Realizing he didn’t quite fit in, Buddy set off on a journey to New York City to find his birth father and spread some Christmas cheer. A lot of Christmas cheer. That includes making his family breakfast using spaghetti and the “four main food groups;” Candy, Candy Canes, Candy Corn, and syrup.

Pairing: Begin by breaking up your Piroulines into smaller pieces. Use those cookie chunks to top off your ice cream, pudding, or even hot chocolate. If you’re feeling really adventurous, channel your inner Buddy the Elf and add Piroulines to your pasta. After all, Piroulines make everything taste better.

So grab your favorite films, a tin of Piroulines, and let the movie marathon begin!