Taking On Anything: Alexa’s OMS Journey 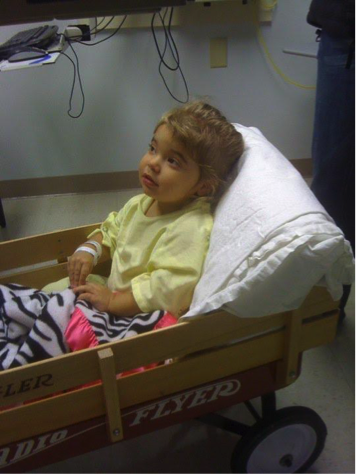 “She has shown, so far, she can take on anything thrown her way.”

Alexa Jennings is a busy pre-teen, dividing her time between friends, volleyball, girl scouts, and church. She excels in school and hopes to one day become a teacher. Alexa’s future looks bright despite a past that once seemed grim. This is Alexa’s OMS story.

Alexa’s battle began in the Fall of 2009. At the age of just15 months, she toddled to bed one evening and did not walk again for months. During the early stages of her illness, Alexa lost her ability to sit up, talk, or even hold objects. Her parents took her to various doctors and specialists, but no one had a definitive answer for her rapid deterioration.

Over the next four years, Alexa battled OMS and endured countless scans, tests, therapies, and medical treatments. She utilized a variety of therapies, including speech, physical, and occupational. She had to learn how to talk, sit, and walk again while encountering numerous setbacks and relapses.

Finally, at the age of five-years-old, Alexa had her last IVIG treatment and remains in remission. While the family was concerned about Alexa’s future, she has shown, so far, she can take on anything thrown her way.”

It’s because of Alexa’s challenges at an early age that her family decided to give back to others battling Opsoclonus Myoclonus Syndrome. They founded the OMS Life Foundation in 2012 to provide resource information for others. The foundation now serves over a thousand patients throughout the world. The OMSLife Foundation’s mission statement is “To raise awareness of Opsoclonus myoclonus syndrome, maintain a support network for patients and caregivers, and fund research.” At Pirouline, we value hard work and dedication to family. That’s why it’s important for us to help support the young warriors and their families battling this rare disorder. 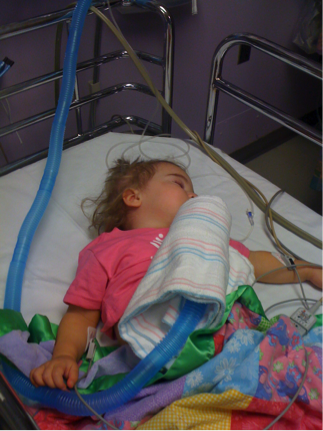