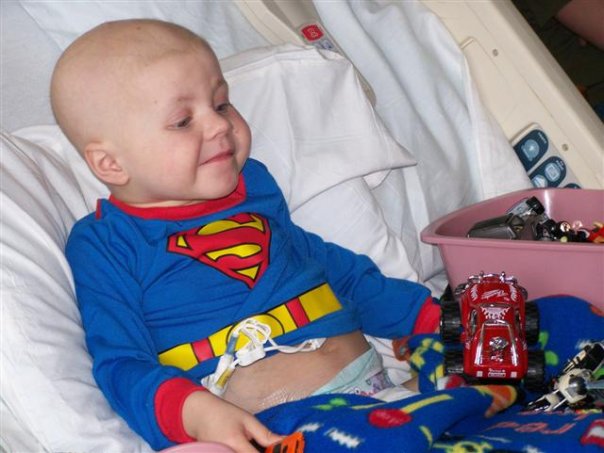 Braeden’s fight with OMS doesn’t have the same ending as some of the other stories we’ve had the privilege to share, but his journey is an important reminder as to why Pirouline is passionate about the OMS Life Foundation and being able to celebrate these young superheroes.

While we know it’s not easy, his family has shared their experience with the world to shine Braeden’s light on other warriors like him and families facing the same disease. 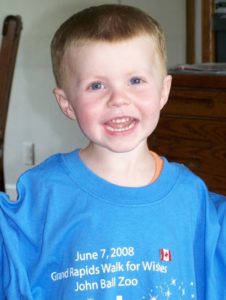 “Braeden’s OMS first became truly obvious in March of 2007. At just shy of two-years-old, he went to bed one night seemingly fine. He woke the next morning, unable to stand without falling and unable to walk without crashing into things. The changes were sudden and terrifying.

Searching for answers led us to a pediatric neurologist who miraculously knew just what he was seeing. He felt Braeden’s abdomen, found his tumor, explained what OMS and neuroblastoma are, and sent us on to Helen DeVos Children’s Hospital. This began an almost two-year journey of trial, hope, joy, and despair. We treated his cancer at our local children’s hospital and traveled to an OMS specialist for confirmation and a treatment plan for that.

Braeden endured so much treatment, so many tests, in an effort to treat his diseases. We had essentially two teams-one to treat his OMS and another to treat cancer that had caused it. Everything we did for one illness had to take into account the other. It was incredibly difficult for all of us, but Braeden was almost always spunky and smiling.

Although his OMS quickly went into remission during chemotherapy treatment, Braeden’s neuroblastoma proved more difficult to treat. Despite multiple treatments and surgeries, Braeden relapsed twice and was enrolled in hospice care in February 2009. He died at home on April 18, 2009, just a few weeks before his 4th birthday.

Our journey didn’t go at all the way we had hoped, but during our 23 months we got to know so many amazing people and see so much compassion and dedication on the part of so many medical professionals, we will be forever grateful.”

If you have questions about how you can get involved, contact Lindsey at lferguson@pirouline.com or donate here.