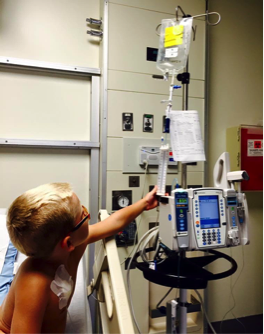 “Here we are eight years later, and Valentino beat the odds.” – The Ricciotti family

A smile is worth a thousand words, that’s why Valentino Ricciotti’s family was so confused when seemingly overnight, his smile just vanished. Little did they know, the once happy one-year-old was just beginning a battle that would take years to overcome. The Ricciotti family shares Valentino’s OMS story.

“February 15th, 2012, shortly after his first birthday, Valentino woke up barely able to stand. His beautiful smile was gone, and his eyes would bounce around as if they couldn’t focus on anything. Our pediatrician rushed us to the local children’s hospital, where our lives would forever change as we began a journey of trying to figure out what was wrong with him.

Valentino’s symptoms were becoming worse each day. His little body would shake so hard that he could not sit up unassisted. He would scream in pain and would require us to hold him all day and night. He could barely swallow, and his eyes bounced around so quickly, we thought we were losing him and prepared for the worst.

Doctors would apologize for not being able to help. We were told he would be mentally disabled, and we would need to care for him for the rest of our lives. We didn’t want to believe this; we thought there had to be a way to treat him. So as his biggest advocate, we moved to a different children’s hospital and finally got a diagnosis.

Within days of being transferred, we were told Valentino had Neuroblastoma and Opsoclonus Myoclonus Syndrome. We were heartbroken but so grateful for all the doctors that had a plan to get our boy back. After endless nights in the hospital, surgeries, setbacks, shots, infusions, steroids, chemo and many tears, here we are eight years later, and Valentino beat the odds.” 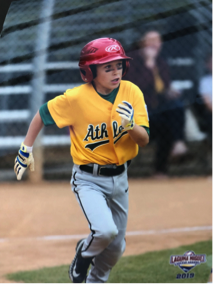